Home Articles Earth angels have not fallen from heaven – why you don’t need... 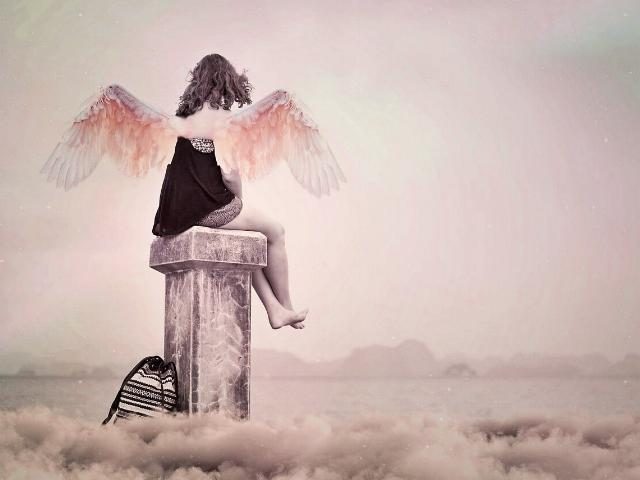 When people come across the concept of incarnated angels, they sometimes view it through the lens of organized religion. Several organized religions have described angels and their nature in religious texts, and they have become part and parcel of religious dogma.

For those of us with a religious background, whether we have consciously left it behind or not, it can be difficult to think about incarnated angels without these pre-prescribed religious connotations. They have been so engrained within our thinking, our imagery, our society. This can even be said for those of us who have been brought up without them. But are they correct? Or has the true nature of angels – and incarnated angels – been distorted by religion?

In my view, there is a big difference between religion and spirituality. Organized religion offers a different experience of the spiritual than experiencing the divine directly. Every organized religion, group or sect, big or small, has go-betweens standing between the individual and the divine: priests, ministers, holy men, shamans, books, stories, etc. The word go-between says it all: it means that the experience of the divine, of Source, of God, gets filtered through the lens of another human being. Another human being who, by their very nature, is biased in one way or another.

The representatives of organized religion differ in their ability to channel the divine with purity and integrity. Within one religious group one can find those who try be a representative of Source to the best of their (human) ability, and those who have an agenda of their own, like feeding their ego or serving some other selfish interest.

Religious text and religious dogma evolve over time, as does their interpretation. In the end, it is important to realise that they have been written and set by human beings. The same goes for the concept of angels in religion and culture.

In my experience as a past life reincarnation therapist and incarnated angel, there are big differences between religious dogma, our inherited ideas, images and cultural influences, and the actual experience of being an incarnated angel. Or rather: having origins in the angelic sphere.

Now, when thinking of reincarnation, it is important to realize that the soul doesn’t travel from one body to another. Instead, the soul or Higher Being is in the eternal NOW, beyond and above the polarities, above time and space. The soul sends out ‘’rays’’ of its consciousness that take on human (or other) form in time and space, each with their own personalities and qualities. These we see as our ‘’past’’ or ‘’future’’ selves but in reality, they are ALL our selves, part of our multidimensional being.

When we have origins in the angelic sphere, we began our conscious existence, very much connected to but already somewhat independent from Source as angels. As angels we were busy with any of those ‘’tasks’’ that are difficult to describe in human terms. This is because they are not ‘’work’’ as such, but an emanation of the angel’s being and purpose. I have had angel past life therapy clients describe their  angel ‘’business’’ as providing and sustaining a certain kind of energy or frequency, creating and guiding whole worlds, or simply existing in joy.

Then, after what may be just years or millennia in earthly time, for their own unique reasons, and at their own unique moment, some angels decided to manifest in time, space and matter and partake in the cycle of reincarnation. Those incarnations as human- and other beings are, just like our angel being, part of our total multidimensional Self.

The angel ‘’part’’ of incarnated angels might therefore differ somewhat from our more down-to-earth incarnations – but its influence on our total Being is always there. This side of us will often be felt or seen by highly sensitive beings like children, animals, and less corporeal beings like spirits and entities of all kinds that tend to flock to us, as well as elementals like fairies and earth spirits. It will somehow run through all our incarnations and present itself as certain tendencies, traits and characteristics (see also my article Incarnated angels). And here is where the differences between actual incarnated angels and religious beliefs comes in.

One of the biggest differences between organized religions such as Christianity, and earlier earth religions, is that in contrast to earth religions, where ALL life is considered sacred, Christianity differentiates, and holds some beings more sacred than others, and some not sacred at all. Where for an ancient pagan person, a river or an animal would be seen as sacred, since Christianity became a large, organized religion, nature was seen as ‘’less’’ worthy, human beings somewhere in between it and those deemed ‘’holy’’ by the Church, the only humans capable of reaching divinity – like angels.

In this religious context, angels are seen as divine beings that are ‘’pure’’, with no free will of their own, only doing the will of ‘’God’’ – that is, the God as described by the old Testament. Angels are depicted with wings, to symbolize they were messengers from the divine, and halo’s to signify their purity. Of course, being so pure and ‘’holy’’, it is unthinkable an angel would have ‘’lower’’ feelings such as anger, lust or passion – or have a will of their own!

Sexuality especially has been a subject of extreme judgement in Christianity. Where in earth religions sexuality was seen as completely natural, in Christianity it became something to be ashamed of, only to engaged in in the dark, for procreation only. Nothing has been more condemned, twisted and distorted by religion than sexuality. We can still see the result of this in the earlier generations’ inhibitions – and the excesses of today’s hypersexualised society.

Besides condemning sexuality, the enjoyment of earthly pleasures was also frowned upon for a long time – making people feel guilty and distorting their relationship to abundance and one of its earthly vehicles —  money, and therefore their freedom and worth. People were taught to toil and only survive by ‘’the sweat of their brow’’ instead of thriving and enjoying the manifestation of abundance free of guilt, shame — or its counterpart, greed.

So sex, any other feeling but tranquil devotion, and money become definitely NOT the territory of angels and those that served or spoke for the divine. All these suppositions are really based on old religious views of the world, of the old God, of creation and of the role of man and angel within it. You can still observe this in the way even modern spiritual people think about spirituality and money, sexuality, and the right to exercise free will. Some spiritual practitioners for instance get blamed for having a personal life and making a living providing their services – as if they should live in a cell, survive on air or beg for their food!

Reality is, of course, that all this is purely a product of a group of people’s religious views and not quite how things really work.  So here are the four resulting common misconceptions when it comes to incarnated angels. I’ve even seen incarnated angels themselves suffer from them:

Because of the story about the fallen angels, may still think ALL incarnated angels have fallen from divine grace or are less pure in some way. The truth is, that there no judgement whatsoever from Source on whether an angel decides to manifest (part of) itself in the physical world or not. Although there are indeed angels who have turned away from the light, out of trauma, pain, and bitterness, and began behaving more like dark entities, these are not the rule. And they are not judged, but free to find their way back to the light if they so choose.

Conversely, incarnated angels are not ‘’better’’ or more pure than those who did not originate from the angelic realm. In reality, ALL life stems from Source and has the opportunity to choose different pathways to wisdom by experiencing different lifeforms, realms, dimensions, and worlds. The human lives of incarnated angels experience the whole range of human emotions and experiences just like everybody else – and have a right to them, too.

Having to fight evil

In the angelic realms, being closest to Source the polarities are absent: there, unity consciousness IS. Outside, angels meet the polarities and it can be a rather shocking experience. Because of that shock and the lack of experience with the polarities, they sometimes start to believe they have to ‘’fight’’ evil to do good. However, evil exists and has its place in the world – we grow by surpassing it, learning from clashing with it and choosing truth, integrity, courage, love every time. Like all of us, incarnated angels do not have to combat darkness – they only have to BE the light.

Having to save the world

This is one I encounter very often with people who have angel incarnations themselves. Angels often incarnate out of altruistic motives, sensing the pain of the world and wanting to help. However, this does not mean angels should take the world on their shoulders and take on other people’s pain. That would be robbing people of a chance to learn for themselves. Not to mention it would lead to angel burn-out! Rather, angels, like everybody else are meant to ground themselves, stand tall and shine their light into the world – share their unique qualities and talents, and inspire the world so all can benefit!

Wendy Gillissen, M.A. is a psychologist, past life therapist and author of award-winning spiritual adventure ”Curse of the Tahiéra’’.
She lives and works in the Netherlands.

© Wendy Gillissen, 2018
This article is protected by copyright. No part may be used without written permission of the author. If you want to share it, please contact me or use the social media buttons below. Thank you for respecting my work!